We caught up with the team of GoodBarber, a DIY iPhone and Android mobile app startup based in Corsica, ahead of Mobile World Congress 2015, to find out more about what the company is all about. Being a fans of all things DIY for self-starters, public realtions and statups, we thought you may also want to find out more about GoodBarber and what they offer. See our Q& A conversation below.

Q: Please tell us a little background about GoodBarber and why you started the company?

A: Our CEO Dominique Siacci went directly from being a student to being an entrepreneur in Corsica, France. 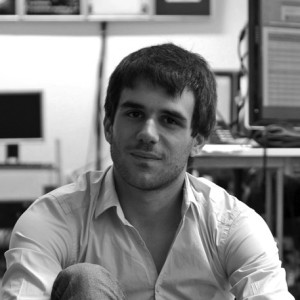 He created DuoApps in 2009 (the mother company of GoodBarber), which was right around the same time that the App Store was opening to developers, and started out working with bespoke apps (custom made apps) for iOS. He quickly realized that being a business in Corsica required a much more scalable model, which brought him to the idea of transitioning to a DIY solution—a more feasible option.

The pivot proved to be very successful, and through continuous updates and improvements based on evolving user needs, GoodBarber has developed into a dynamic company that works with users all over the world to transform their projects into beautiful apps.

A: The business really made a big switch from service based (developing custom apps for individuals) to a product (creating one tool that allows users to ultimately create the project themselves). DIY projects are great because they allow the user to create exactly what they are envisioning, but often times they are accompanied by the need for a very specific set of skills, and this combination was something that was lacking in the app marketplace. Several years ago, the transition from paying for website development to creating one’s own website through WordPress was seen; Dominique had a feeling that this concept would be the future in the app industry as well, thus taking the risk and diving into the DIY revolution.

Dominique created a system where the user does not need to have any type of knowledge related to creating apps—GoodBarber does the dirty work, providing the interface that is the intermediary between the complex coding and the creative user, leaving them with the fun and easy part.

The DIY aspect includes choosing the design of the app, the content, and the functionality based on the project, etc., but does not require any coding expertise, thus making the DIY app concept completely attainable.

Q: How much can someone save if they DIY their own app?

A: Having an app created by a developer ranges greatly based on its functions, but the cost of developing an native app can range anywhere from $5,000-$50,000, just for one app for one device!

When an app is created native, every part of it is created and coded to work perfectly with the device it’s displayed on, thus requiring a lot of time and money. Native apps are the kind of app created with GoodBarber, but we take the work out of this extensive process and leave the user with the fun part, saving them money as well as a big headache! The user also does not have to worry about creating a separate app for each type of device (iPhone, Android, tablet, etc.), they can make their app one time and GoodBarber makes it compatible and native for each device.

Q: GoodBarber offers anyone the chance to make an app in 7 steps, what is the process like and how long does it take to DIY an app?

A: In a nutshell, the process goes from choosing an overall theme and navigation mode for the app, adding the desired content, designing the individual sections of content, selecting splashscreens and icons, and finally testing the app and submitting it to the stores.

Each project is different, and how long it takes to complete a project depends on how deep into the platform the user chooses to go, but on average a beautiful app can usually be created in a matter of only a few hours. After this, it takes a few days for the app to be published on the stores, but in general it is a very quick process.

Q: What are the biggest challenges you have faced in starting GoodBarber?

A: Every time we add a new feature to the platform, we must think of it in terms of both generic and customized at the same time. The feature must be made in a broad enough way that it to be easily used by everyone, but also must be flexible enough to adapt to any idea. The challenge is to have a one size fits all products that can create very different, specific results.

Also, growing internationally has been a challenge, especially since the company does not have the advantage of being based in a large city conducive to startups. We realized early on that even if we were not located in a very internationally diverse city, it would be necessary to have an internationally diverse team in order to properly assist all of our future clients. Luckily, with the combination of great marketing and a competitive product, we have managed to thrive and now work with individuals and companies all over the world.

Q: Who is using GoodBarber?

A: GoodBarber users can be anyone from small business owners to a church youth group to professional app developers. The important thing is that anyone can use the product, regardless of their skill level. A lot of businesses use GoodBarber as an easy, cost-efficient way to market and enhance their companies, while professional developers use the platform for developing multiple apps for clients. In the case of the latter, more advanced individuals have the option to access deeper customization settings and put their coding knowledge to use.

If you would like to find out more about some specific GoodBarber apps, you could take a look through some of the apps we have showcased which also include customer reviews about GoodBarber here.

Q: Do you help guide a customer through the DIY process? And how?

A: Absolutely. Just because it is a DIY platform does not mean our users are completely on their own! As soon as a user signs up for a free trial, they are offered the opportunity for a one-on-one Skype session where we offer advice on their project and answer any initial questions they may have. As they continue to build their app and throughout the lifetime of the app, we have a support team available to answer all questions (in several languages), as well as a consistently updated blog with helpful articles, video tutorials, and news related to the industry.

Q: In a very crowded marketplace of apps, is it worth it to build one, and why?

A: It’s true that the app marketplace is very crowded, but at this point in time, if your business strategy does not include a mobile aspect, you are very far behind. There are many components to the term “mobile” (hybrid apps, native apps, mobile sites, etc.) and each one of them addresses a different target and need. Native apps provide a very high level of user experience, resulting in an unmatched technique for engaging and retaining users, making building an app an absolutely worthwhile project.

A: We like to set our sights high—the goal is to become one of the top three app builders out there, and in order to do so we plan to adapt the business to the technology that we believe will be a very large part of the future: connected devices.

Connected devices are going to be huge, and the way in which they will be managed will be by people, through their phones. If GoodBarber apps can play a role in managing connected devices, this will be huge for our future growth.

Q: Tell us about being a startup in Corsica.

A: Corsica is an amazing place to live, but can be a challenging environment to thrive in as a startup. As many startups tend to be based in more metropolitan areas, we have to deal with limitations regarding hiring processes, networking, and gaining exposure. It requires some hard work, but it is all worth it in the long run.